In honor of McDowell Technical Community College’s 50th Anniversary this year, the college will host the opening of a photography exhibit containing a mixture of photographs from the college’s first 35 years. The opening will be held on Tuesday, October 24th from 3:30 to 4:30 pm in the lobby and adjacent hallways of the Cedar (Administration) Building. Additional photos will be on display on the first floor of the Harold Smith Building.

The event is free and open to the public. Cake and punch will be served. As an added treat, attendees at the opening will get to see many students, faculty and staff dressed in costumes from the 1960’s as part of the college’s Fall Festival, which is taking place at other times on the same day.

Dr. John Gossett, MTCC President, will make opening remarks at the beginning of the event.

“We had a number of photos and historical documents that were destroyed last year when a hot water line broke and saturated a storage room over an entire weekend. However, we have approximatly 300 or so photos, slides and large format negatives that we had professionally scanned to include in this exhibit,” said Michael Lavender, who chaired the college’s 50th Anniversary Committee. Lavender is Director of External Relations at the college.

With the help of work-study students, college staff is in the process of making large collages of the photos, which are in various shapes and sizes, depending on the time period in which they were taken and the format in which they were stored. “We have old square photos, 4 x 6 photos and a number of other sizes,” said Lavender, “but we are trying to increase the size of each one a little bit for easier viewing.”

Folks who attended McDowell Tech during the 60’s, 70’s and 80’s will likely recognize themselves in one or more photos. “Even though I wasn’t born until 1965, I was able to recognize several of the folks,” Lavender stated. Unfortunately, he said, individuals in the photos were not identified when the photos were originally taken, so folks will have to find themselves, friends or relatives by sight, not name.

In addition to the photos, there will be a few drawings of the campus and old newspaper articles on display during the opening.

As a way to reach out to students, employees and campus visitors, the college’s Technology staff will also play a video on televisions around campus that Lavender is in the process of compiling. It will contain most of the photos from the photography exhibit; a historical video by Claudia Ward, a Communications Instructor at the college; and a mixture of old television commercials or videos produced by MTCC over the years.

On Wednesday, October 25th, the college will make the video available on YouTube and Facebook for those who weren’t able to attend the opening. The photo exhibit itself will remain in place until next spring. 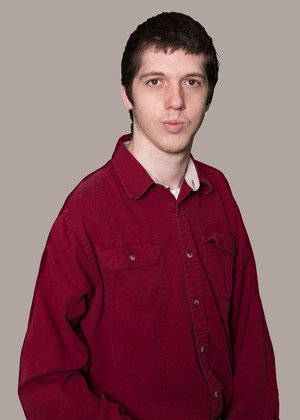 Sean Major has been elected to serve as SGA President for the 2017-2018 academic year.
Please join us in congratulating Sean Major, our new Student Government Association President for 2017-2018. Sean is no stranger to Student Government, having served as Parliamentarian last year.
Sean is a 21-year-old student who graduated from our Adult High School two years ago and has been working at NC Works Career Center at the Ford Miller Employment and Training Center for the last 11/2 years as a student tutor. He is currently transitioning to a new position as computer specialist.

Mr. Major is a double major in Software and Web Development and Web Administration and Design. When he graduates, he hopes to either enter the workforce or continue his education toward a Bachelor's degree in Audio Production.
When asked if he had any goals as President, he stated that he "...wanted to bring students together and make them feel welcome to events and the school."
So far this year, the Student Government Association has sponsored a wildly successful Fall Festival, themed around the 1960’s in honor of the college’s 50th Anniversary, and a blood drive held on November 8th. They also hosted an SGA Angel Tree for Christmas gift-giving to needy students.