Course work in this curriculum will include a division of work in the disciplines of criminal justice and computer information systems.  Additionally, students will be required to take specific cyber crime classes.

Graduates should qualify to become computer crime investigators for local or state criminal justice agencies.  Also, these graduates should be competent to serve as computer security specialists or consultants with private business.

2019 US Cybersecurity Salary & Employment Study – which state has the best prospects?

According to the 2019 U.S. Cybersecurity Salary & Employment Study, North Carolina ranks #5 in the country as a best state for cybersecurity roles. 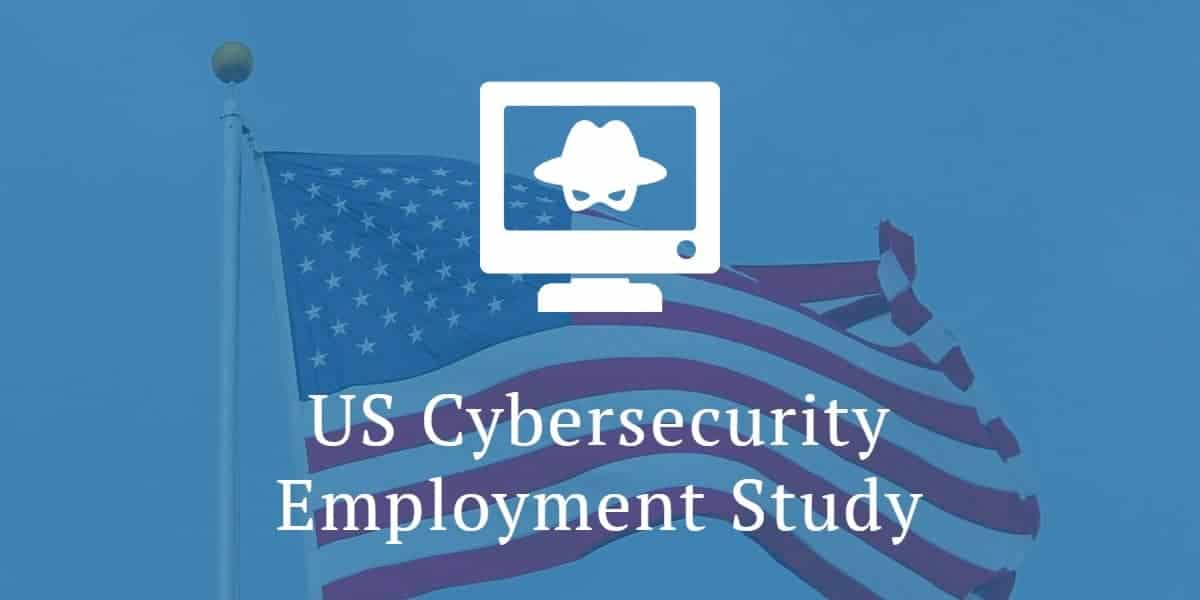 In a world where data protection is becoming increasingly important, cybersecurity roles are at the heart of many companies’ employment strategies.
Often defined as “information security analysts,” these roles involve planning and implementing security measures that help protect an organization’s computer systems and networks. This includes installing software, i.e. firewalls and data encryption programs, investigating security breaches, and looking for potential vulnerabilities before they are exploited.
In 2018, the average salary for cybersecurity roles was $92,789 per year, and over the next 10 years (2018 to 2028), the job growth for these roles is 32 percent (much higher than the average of 5 percent).
So how do these roles shape up on a state-by-state basis (including the District of Columbia and Puerto Rico)?
We reveal where the cybersecurity job hotspots are, including where you’ll get the highest salary, where the most jobs are, and where the best long-term projections for these roles are.
The top-scoring states for cybersecurity roles
According to our research, Virginia is the best state to be an information security analyst. It was the highest-ranking state for the number of people currently employed in these roles and employment per 1,000 jobs. It also received a high score for its average annual salary and the number of job vacancies currently available.
However, there were some weak points to Virginia’s cybersecurity roles. Since 2013, the average salary and number of people employed in these roles have grown at a slower pace. But this is perhaps due to the vast number of roles already available, and it doesn’t seem to dampen the long-term projections for these roles (41.51 percent growth from 2016 to 2026).
Texas, Colorado, New York, and North Carolina were the other four states that made up the top five. All of these states performed better than Virginia with recent salary increases over both one- and five-year periods. However, only cybersecurity analysts in New York receive a higher average salary ($122,000) than those in Virginia ($111,780).
The top 5 states at a glance
The highest-scoring states per category were:
The lowest-scoring states for cybersecurity roles
At the bottom of our table was Puerto Rico – the lowest-scoring territory for average annual salary, the number of jobs currently available, and its five-year increase in annual salary. This is probably due to a lack of demand for these roles within Puerto Rico. However, when we look at its 1- and 5-year growths, things do look like they’re on the up. Over the last 5 years, employment has increased by 84.21 percent, and from 2017 to 2018, employment increased by 12.90 percent. While the annual salaries don’t seem to be increasing to reflect this demand, the average salary for these roles is 36.11 percent higher than the state average.
Maine, Montana, Indiana, and Vermont were the other four states in the bottom five. These states all followed a similar pattern to Puerto Rico with low salaries and demand, but all were showing signs of increasing levels of employment.
The bottom 5 states at a glance
The lowest-scoring states per category were:
Which state should you head to for the best cybersecurity roles?
Initially, you may consider Virginia thanks to its vast number of current roles and great salary. Or, you may opt for New York with its even more attractive salary ($122k) that’s 27.20% higher than the average information security analyst salary ($92,789.42) and 65.40% higher than NY’s average salary (for all types of employment).
You could even look toward somewhere like Utah, which has the best long-term projections for these roles, offering even more job security. The only thing letting Utah down is its salary ($86,790) which is 6.68% lower than the average for information security analysts. But with an 18.27 increase in the annual salary over the last 5 years, it might not be long until you’re enjoying the same or better salary.
Ultimately, the majority of states offer great prospects for cybersecurity roles. All states show at least some positive growth (when looking at the long-term projections) and each and every state has a salary that’s above the state average.
Our methodology: how did we find the best and worst states for cybersecurity roles?
To figure out how well (or poorly) these roles were represented in each state, we used ten different criteria, each of which was equally weighted to give us our overall scores. These were:
To score each criterion we gave each state a point based on where it appeared between the highest- and lowest-scoring states. States that received the best scores for a criterion got 100 points, while the lowest-scoring ones received a zero. Then, all of the states in between these two figures were ranked on a percentile basis to give them their scores.
To achieve the total score we averaged the state’s score across all ten of the categories.
Some states were subject to limitations:
The states of Arkansas, Indiana, Kentucky, Nevada, Rhode Island, Wisconsin, and Wyoming didn’t recognize “information security analysts” as roles in their 10-year projections. Therefore, we used the closest roles available – “computer systems analysts”. These were only used for the long-term projection scores. Despite giving us low scores they did seem to reflect the demand for cybersecurity roles within these states.
Some states updated their long-term projections (most still publicize 2016 to 2026). Montana, Oregon, and Washington offer long-term projections from 2017 to 2027, while Colorado offers projections from 2018 to 2028.
Finally, we used Wyoming’s annual wage for computer systems analysts in 2013 for the 5-year growth in salaries, as the relevant information for information security analysts wasn’t available at this time.
Many of these limitations are due to how new these roles are. And this is why we also used “cybersecurity” as the search term on Monster.com so as to cover the various titles these information security analyst roles come with. For example, while a company may refer to the role as a “cybersecurity engineer,” the state would place this under the “information security analysts” bracket when presenting its figures for employment.
Source: https://bit.ly/34BpmKj