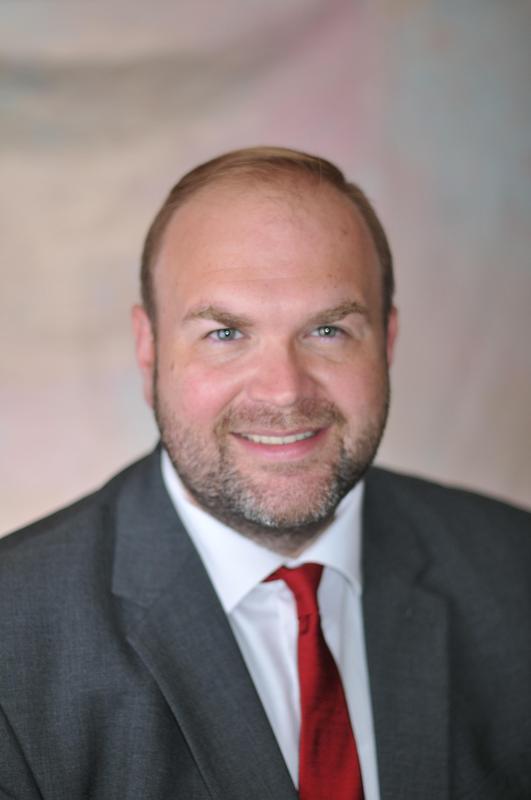 Dr. Brian S. Merritt has been named the new president of McDowell Technical Community College. Click on the headline above for more information.

The Board of Trustees of McDowell Technical Community College has named Dr. Brian S. Merritt as the college’s new president following interviews and community forums with Merritt and two other finalists in mid-October. Merritt’s appointment was approved today by the NC State Board of Community Colleges, a step that is required before local boards of trustees can officially name or hire new community college presidents in North Carolina.

“We were fortunate to have a great group of candidates for the position of president, and three outstanding finalists,” said Gary Stroud, Chairman of the Board of Trustees. “Ultimately, the board chose Dr. Merritt, and we believe that he will be a great leader and good fit for the college and our community.”

Merritt will become only the sixth president at McDowell Tech since the institution was founded in the late 1960’s. He succeeds Dr. John Gossett, who resigned in March to become the new president at AB Tech in Asheville. Merritt’s appointment will become effective on January 1, 2021.

Ryan T. Garrison, Interim President, will return to his former role as Vice-President of Finance and Administration at McDowell Tech when Merritt comes on board in January. “I am excited about working with a new president,” he said. “I can’t wait to get to work on new projects and opportunities under his leadership.”

Merritt is also excited about his future at McDowell Tech. “I am thrilled for the opportunity to serve as your president,” he said. “McDowell Technical Community College, Marion and this entire community have such a great reputation throughout the state of North Carolina. Our family is excited to return to the mountains to serve in such a special place.”

Merritt is currently Vice-President at Central Carolina Community College in Sanford, NC, a position he has held since 2014. Prior to that time, he held other roles at Central Carolina, including Dean of Student Learning, Director of Grants, Special Programs and Alumni Relations, and Distance Education Counselor.

Central Carolina Community College is one of 58 community colleges in North Carolina, serving approximately 7,800 curriculum students and an additional 13,300 continuing education and literacy students each year. In his role as Vice-President, Merritt supervises a budget of more than $28 million in state funds, a portfolio of $25 million in grants, and over 900 full and part-time faculty and staff.

From 2008 to 2011, Merritt worked as Associate Director, Orientation and First Year Experience, at North Carolina Central University, a historically-Black university in Durham, NC.

Prior to 2007, Merritt was an Admissions Counselor serving Western North Carolina students at Louisburg College in Louisburg, NC, and served as a Program Assistant in the Office of Alumni Affairs at Appalachian State University from 2004 to 2006.

Merritt has extensive experience working with fundraising and supervising grants and strategic initiatives, raising over $34.5 M in external funds over the last eight years.

Since 2014, he has been an Off-Site and On-Site Reviewer, and Lead QEP Evaluator eight times for SACS-COC (Southern Association of Colleges and Schools- Commission on Colleges) and served a major role on Central Carolina’s Reaffirmation Team in 2017.

Merritt has held membership and leadership roles in numerous professional and civic organizations, and programs under his leadership have received state and national-level recognition on a number of occasions. He is an active member of the Sanford Chamber of Commerce, for example, and is a member of the NC Community College System Instruction Administrators group. From 2011 until 2014, he served in various executive board roles with the NC College Personnel Association, including a term as president in 2012.

Merritt has also received personal and professional honors and awards several times. In 2011, he was named Most Outstanding Member of the NC College Personnel Association. In 2004, he received the W.H. Plemmons Medallion from Appalachian State University, an award that recognizes the time, energy, skills and commitment of Appalachian State University students who exceed their peers in providing leadership that enriches the quality of student life and advances the education of students.

In 2020, Merritt was chosen as one of 40 leaders nationally for the 2020-21 class of the Aspen Rising Presidents Fellowship, a highly selected leadership program preparing the next generation of community college presidents to transform institutions to achieve higher and more equitable levels of student success.

“I am excited to work with Chairman Stroud and the entire Board of Trustees to serve the citizens of McDowell County,” said Dr. Merritt. “I could feel the passion for serving our students from the faculty, staff and administration during my visit to campus in October. It is a true honor to serve as your next president, and I look forward to helping build upon the great student success work already happening here at MTCC to continue providing lifelong learning opportunities that transform lives in McDowell County.”

In addition, Merritt anticipates collaborating extensively with local and regional leaders. “I am a believer that strong partnerships are key to helping advance our mission. As President, I look forward to engagement with city leaders, county commissioners, economic development, Chamber of Commerce, K-12, and industry leaders to help ensure we serve our community well. Meaningful partnerships and regional approaches with our sister institutions help us carry out the philosophy of the North Carolina Community College System Founder, Dr. Dallas Herring, of ‘taking people where they are and carrying them as far as they can go.’”